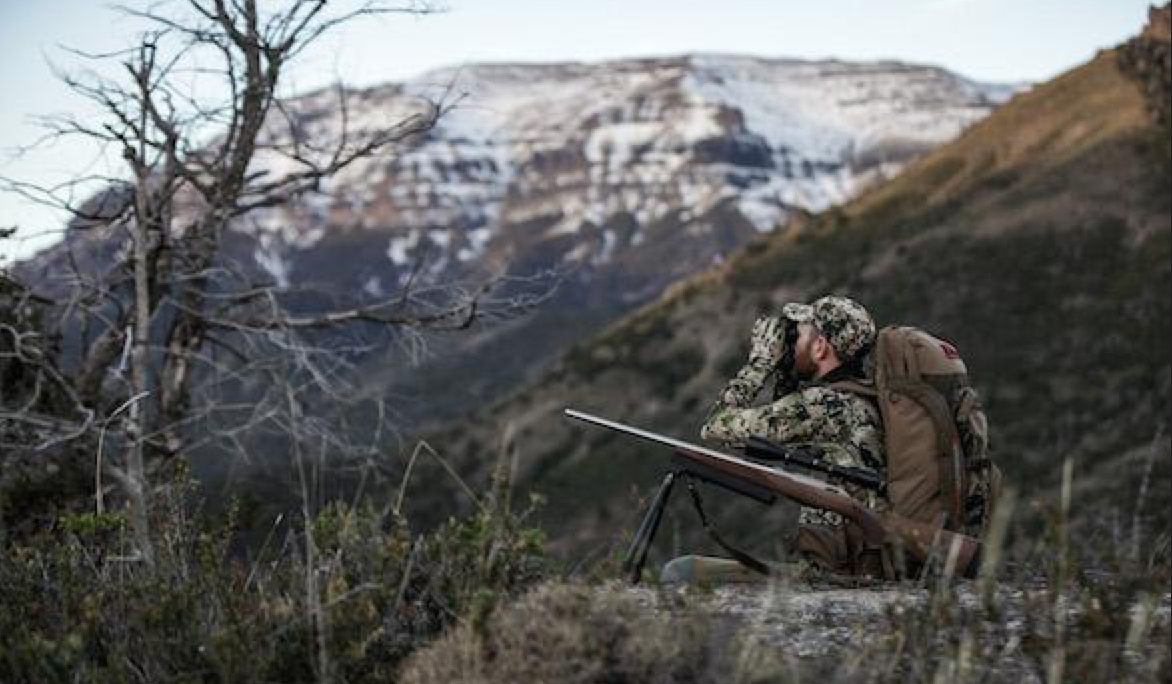 As the quality of hunting rifles, ammunition and optics have improved, hunters can take big game at further distances. However, these improvements in hunting technology have started some debates within the hunting circles: How far is too far for an “ethical” shot?

Ethical hunting means taking down big game as quickly and as humanely as possible. Making that ethical shot, then, comes down to the hunter’s shooting abilities, environmental conditions, and the capabilities of his or her hunting rig.

Add Ballistic to that hunting rig for increased precision for those longer-range hunting shots.Truthfully, there’s no one answer to how far of a shot is too far. But for the individual hunter, the shooting range is where the answer comes into focus. Start by building your hunting load’s Ballistic profile while getting your 100-yard zero. Of course, you are trying to get nice, tight groups, no less than MOA at 100 yards. Tight groups here means more precise shooting later when the distances increase.

If your rifle is shooting 1 MOA or better groups at 100 yards, then at 400 yards, for example, you should be able to shoot a four-inch group (as 1 MOA equals 1.047-inches at 100 yards). The heart-lung vital zone on a large white-tailed buck is approximately 10-inches in diameter. With a 1 MOA rifle rig, technically you should be able to hit that vital zone out to 1,000 yards.

The ethical hunter will want better odds. A slight gust of wind, or a flinch from the deer, and the bullet could land outside the 10-inch vital zone, resulting in a wounded deer. Give yourself some leeway. Your 1 MOA rifle will plot within a seven-inch spread at 700 yards, and even with some movement, the shot should be inside that 10-inch zone.

If your rifle shoots ½ MOA groups that’s even better. Your range can extend noticeably with a very good chance of the first shot hitting the vital zone.However, the ethical shooter is concerned with more than just the ability to make a hit. Use Ballistic to check on how fast (feet-per-second or fps) your bullet is traveling at further distances and what kinds of energy (foot-pounds or ft-lbs.) the bullet has at those distances.

This data is very important because not all hunting ammunition is capable of good expansion as distances increase and the fps and ft-lbs. numbers decline. A number of ammunition manufacturers, including Federal Premium and Hornady, have designed hunting rounds with bullets that will expand reliably at distances.With your Bullet Profile, Ballistic can tell you just how far a shot you can take and still expect good expansion and a quick takedown.

Once your 100-yard zero is established, it’s time to reach out further. If your shooting range has 200- and 300-yard opportunities, practice at these distances. If your range is limited to 100-yard shots, then find some wide-open land and set up targets at various distances.

The longer-distance practice will make you familiar with the bullet drop and wind adjustments needed in the field.Plus it gives you a good sense of how targets actually look at various distances.

Work Ballistic into your practice sessions, too. Just as you would during an actual hunt, make sure you update Ballistic’s environmental input, including wind speed and directions. Do practice during days with wind! That left-to-right breeze likely won’t make much of a difference for a 100-yard shot, but you may be surprised at just how much bullet drift a 5 M.P.H. breeze can create at 400-plus yards.

Remember, practice helps you determine how far you can ethically make that shot on a game animal. Be realistic. If your shots go wide at 700-yards then don’t take a shot at that distance. If you consistently put your first shot into a target the size of a deer’s vital zone at 500 yards then at that distance you can reasonably expect to make a good and ethical hunting shot.

Do your part, and Ballistic will help you bring home that trophy, time after time.

Lock, Stock and Barrel: Ballistic Has You Covered »
« Long-Range Shooting Without Going Broke