Struggling to Find the Right Ammunition? 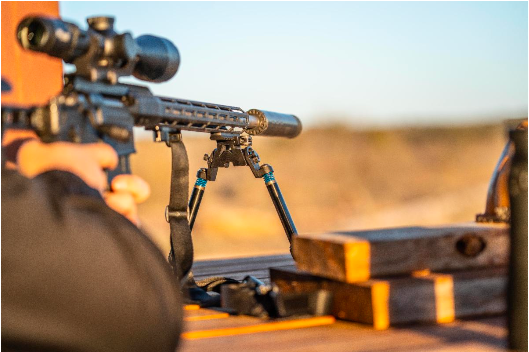 Our current ammunition situation not only has ammo scarce but very, very expensive. It’s also the case that a particular rifle will be more accurate with some brands and types of ammunition than others. So, how does a longer-distance shooter determine which ammunition options might be best?

One method is to buy numerous brands of ammunition in a specific caliber, go to the range and shoot, shoot, shoot. But not only is this approach me-consuming. Given ammunition prices, all that ammo might require a second mortgage!

A much faster and less expensive approach is for a shooter to plug the ammunition specs into a Ballistic Bullet Profile, and then use the app to compare and contrast how much drop and retained energy the shooter can expect from each load at various distances. Add in some wind scenarios, too (i.e., 5 and 10MPH winds from right to left), and see which loads handle wind drift the best.

The world-renowned JBM ballistic engine calculates all of Ballistic’s shooting solutions. No wonder Ballistic is used by competition shooters, long-range hunters and the military to deliver the most precise calculations possible.

Doing the above is even easier than one might think, as Ballistic is built around a very expansive Load Library, home to over 5,400 projectiles and factory loads–and the Library is constantly updated. Unless specific ammunition is extremely new to the market, the odds are the specs for the loads a shooter might consider are already accessible to Ballistic.

Ballistic is also compatible with handloads and the handloading process.

A reloader simply builds a Bullet Profile for each handload, with the bullet weight and ballistic coefficient, the feet-per-second (fps) the bullet leaves the muzzle (determined by chronographing at least ten rounds to reach an average fps), plus the other factors specific to the shooter’s rifle like sight height.

With a new batch of new reloads, the shooter then heads to the range and zeros the rifle at 100 yards, plugs this zero range into Ballistic, and updates the weather and atmospheric conditions. Ballistic will then provide an extensive set of data points for holdover, wind drift and other needed calculations.

Ammunition and Ballistic: a match made in long-range shooting heaven!

Western Hunting: What Are You Packing? »
« Pro Tip: Ballistic App and Suppressed Rifles