Selecting a Scope for Your Rifle 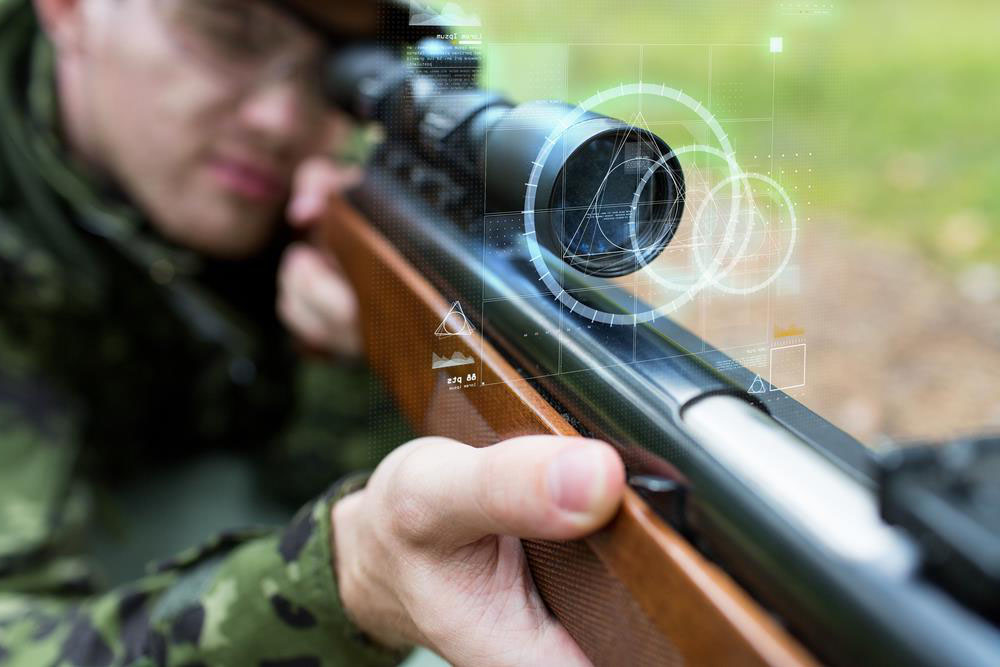 You purchased your first rifle dedicated to long-range shooting. Congratulations!

Now, it’s time to add a quality scope. One that will let you shoot with precision at a distance but can also dial down for closer shots. One that performs well in low-light situations, and one that features exact and repeatable adjustments.

Where should you start?

You can buy a rifle scope today with 30x, 40X, even 50x, the “x” standing for  magnification. How much magnification does one need to shoot long-range effectively?

Consider the Top 10 Shooters, by points, in the Precision Rifle Series (PRS), where shooting distances at competitions can run from 100 yards to one mile. Of the ten shooters on the PRS website, one does not list his scope’s magnification, while two use scopes with 4.5-27x. What about the other seven shooters? They all use a rifle scope sporting 5-25x.

One doesn’t need to 50x to hit targets at a distance! Though if we use the Top 10 PRS shooters as a guideline, a scope with a top-end magnification in the mid-20x range is needed.

Another enduring argument in the shooting sports: is MIL Dot better than MOA for long-range shooting or vice-versa?

Both can work very well. Factually speaking, though, scopes built on the milliradians or MIL Dot system are the norm among distance shooters. MIL Dot is the military standard and with so much of today’s long-range shooting having its foundation in the science and art of military sniping…MIL Dot  it is.

With the vast majority of long-range shooters using MIL DOT-based optics, you will be able to share information on shots and adjustments much easier, too, without having to do the confusing MIL Dot- to-MOA conversions.

During your research, you will find some rifle scopes are listed as “first focal plane,” while others are “second focal plane.”  What’s the difference?

According to the professionals at the optics maker Sightmark,  https://sightmark.com/2018/07/24/first-focal-plane-vs-second-focal-plane/ “First focal plane scopes have the reticle placed towards the front of the optic. When the magnification of the scope is increased, the reticle’s size increases with it. In doing so, the reticle remains the same perspective on the target’s size as you increase or decrease magnification.

These scopes provide long-range and tactical shooters more accuracy due to the constant MIL/MOA values.”

Most long-range shooters use first focal plane optics as that “same perspective” means the sub-tensions reflect the same distance (same number of MILs, for example) )no matter the magnification.

You need a scope with a zero-stop-type mechanism on the elevation turret. In long-range shooting, the standard is to adjust your controls for elevation but to hold over for windage.

With your scope zeroed at 100 yards, and your first target at 500 yards, you would adjust your Elevation turret UP the corresponding number of clicks for that distance. When your shooting is done, you click back to zero and are then ready to adjust for the next distance.

Edge-to-edge clarity, fine color resolution, low-light capability and precise elevation and windage adjustments:  that package of features in a scope will cost some cash. Be prepared.

It is amazing how many people will use cheap rings to secure the optic that they just spent a fair amount of money on.

Cheaper rings like to loosen with shooting and are more easily knocked off-kilter when the rifle takes its inevitable bumps. It’s like outfitting a new Corvette with bald tires!

Spend the money on precision-engineered rings. Consider a one-piece set up with a built-in base that mounts to the optic rail with a stout bolt, with the upper ring section which secures to the scope tube with at least two Allen or Torx screws.

And once your new scope is mounted on your new rifle, how do you make it all work?  It starts with a trip to the range to zero in your new rig and to practice, all the while using Ballistic, the Number 1 app for long-range shooting.